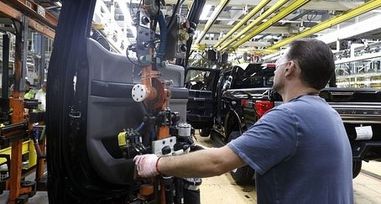 New figures show the severe impact of economic and social lockdowns across Europe due to the coronavirus pandemic with demand for new cars falling by more than a third in the first half of 2020.

Latest statistics from ACEA, the European manufacturers’ association, reveal the result of four consecutive months of unprecedented declines across the region.

New car markets were hit hardest in Spain, which witnessed a year-on-year slump of 50.9%, followed by Italy which was down 46%, France down 38% and Germany down 34.5%.

For the first six months of this year, new car sales fell from 6.91 million to 4.28million, an unprecedented contraction of over 38%.

However, this does mark a slight improvement over May which saw a drop of 52.3% across the European Union.

Although dealerships opened for business again after lockdown measures were lifted, consumer demand did not fully recover last month.

All EU markets continued to post significant declines in June, with France being the only exception to the rule with a small growth of 1.2%.

This was due to new incentives to stimulate sales of low-emission vehicles that were introduced by the French government at the beginning of June with grants for motorists to buy EVs and scrap older diesels.

ACEA now forecasts a 25% fall in new car sales for the whole of 2020, a dramatic decline that equates to about 3 million fewer registrations - 9.6 million in total compared to 2019’s 12.8 million registrations.

This would represent the lowest sales total since 2013 when the industry had come through six consecutive years of decline in the aftermath of the 2008-2009 financial crisis.

In terms of percentage change, the bleak outlook represents the sharpest drop ever witnessed by Europe’s automobile sector.

As a result, vehicle manufacturers are calling on the EU and national governments to introduce stimulus packages to mitigate the impact of the pandemic.

ACEA Director General, Eric-Mark Huitema, said: “Given the unprecedented collapse in sales to date, purchase incentives and scrappage schemes are urgently required right across the EU to create much-needed demand for new cars.

“In the interest of our industry and the wider EU economy, we are calling for the necessary political and economic support – both in the EU as well as the member state levels – in order to limit the damage to production and employment over the months to come.”

To date, stimulus packages have been heavily focused on pursuing greener alternatives.

France has announced a €7,000 grant towards the acquisition of a new electric car, with a further scrappage bonus of €5,000 for an older diesel car. Germany has doubled its buyer incentives for electric cars to €6,000 from €3,000, and said the scheme will continue until this December, while drivers in Italy have a €3,500 incentive if they scrap cars older than 10 years and buy a Euro-6 compliant model.

In the UK, Europe’s second biggest new car market but no longer included in the ACEA figures following Brexit, the SMMT reported 1,269,245 registrations between January and June 2020, a 48.5% decline compared to the first half of 2019 and the worst result since 1971.

The lacklustre performance means that the market is almost 616,000 units behind the same period last year, with some 240,000 private sales lost since consumers were told to ‘stay at home’ and retailers forced to close, resulting in an estimated £1.1 billion loss to the UK Treasury in VAT receipts alone.

SMMT chief executive Mike Hawes said: “While it’s welcome to see demand rise above the rock-bottom levels we saw during lockdown, this is not a recovery and barely a restart. Many of June’s registrations could be attributed to customers finally being able to collect their pre-pandemic orders, and appetite for significant spending remains questionable.

“The government must boost the economy, help customers feel safer in their jobs and in their spending and give businesses the confidence to invest in their fleets. Otherwise it runs the risk of losing billions more in revenue from this critical sector at a time when the public purse needs it more than ever.”