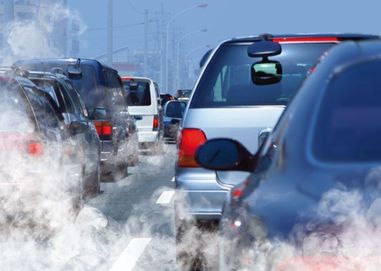 According to data from the European Environment Agency (EEA), average CO2 emissions from new passenger cars registered in the European Union, Iceland, Norway and the UK increased in 2019 – the third year in a row.

The rise in emissions comes despite an ever-increasing green agenda for many companies, more electrified models coming to market and growing numbers of governments and car makers stating their intent to reduce emissions.

This remains below the target of 130g/km that applied until 2019 but well above the EU target of 95g/km that phases-in this year.

Interestingly, the EEA figures showed that, while the average CO2 emissions were 122.4g/km when measured under the old NEDC cycle, the comparative figure under the new WLTP testing regime was actually much higher at 148.1g/km.

The reasons for the increase in car emissions, said the EEA, included the growing share of the SUV segment, while the market penetration of electric cars remained slow in 2019.

The EEA report showed that almost 15.5 million new cars were registered in 2019 in the EU, Iceland, Norway and the UK.

Petrol cars were the most popular, at 59% of all new registrations and 63% including hybrid electric vehicles (HEV).

On average, the emissions of diesel cars at 127.0 g/km were very close to those of petrol cars at 127.6g/km. The difference of 0.6g/km was the lowest since the EEA monitoring began.

The EEA says that zero- and low-emission vehicles must be deployed much faster across Europe to achieve the stricter targets that apply from this year.

Around half of the BEVs were registered in Norway, Germany and the Netherlands. The combined shares of PHEV and BEV registrations were highest in Norway (56%), Iceland (19 %), the Netherlands (16%) and Sweden (12%). These were also some of the few countries where the average emissions of new cars decreased from 2018 to 2019.

Other reasons for the increase included the average weight of cars growing by 30kg from 2018-19 across all vehicle segments.

At the same time, vans registered in the EU, Iceland, Norway and the UK in 2019 emitted on average 158.4g/km, which is 0.5g/km more than in 2018. In addition, nine in 10 vans registered are still powered by diesel, the EEA noted, although the CV segment’s CO2 increase was just 0.5g/km, despite the average van weight increasing by 14kg in 2019.

Several factors affected this emission increase, including an increase in the average weight of vehicles and only a limited increase of the share of electric vans from 0.8% in 2018 to 1.3% in 2019.

The 2019 data on new registrations is available here

Thibault Alleyn, who heads the consultancy arm of Fleet Logistics Group, said: “The figures show that average CO2 emissions continue to rise as the increasing interest and awareness of electrification doesn’t yet suffice to reverse the trend. No doubt this is just a matter of time.

“It will be interesting to compare the figures for last year with the figures for 2020 when they are available to see what impact electric vehicles start to have on CO2 emissions across Europe.

“We are seeing much greater levels of interest and awareness of EVs and their benefits for the environment, especially as a result of the Coronavirus pandemic. And although they are still coming off a very low base, sales figures are rising steadily all across the EU,” he said.

If you wish to find out how Fleet Logistics Group can help you go down an electrification route for your fleet, please contact Thibault Alleyn at +32 475 705 755 or email talleyn@fleetvision.biz