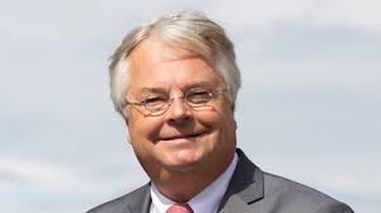 The infrastructure and incentives to encourage wider take up of electric vehicles are still lacking. That was the message from Eric-Mark Huitema (pictured), newly appointed Director General of European car makers’ association, ACEA, who took over from Erik Jonnaert last month,

He said that the scale of the problem was detailed in ACEA’s latest report ‘Making the transition to zero emission mobility’.

The report says that sales of alternatively-powered passenger cars – including electrically-chargeable, hybrid, fuel cell and natural gas-powered vehicles – will have to pick up strongly if the EU’s ambitious 2025 and 2030 CO2 targets for cars are to be achieved.

In order to drive this shift, governments across the EU need to ramp up investments in charging and refuelling infrastructure, and to put in place meaningful purchase incentives for consumers to stimulate sales of alternatively-powered cars, says the report.

"Unfortunately, our report shows that this infrastructure is severely lacking today. Likewise, the report also demonstrates that incentive schemes for low-carbon vehicles are much needed to keep mobility affordable for all Europeans,“ said Huitema.

He went on: “This situation is worrisome. Because earlier this year the European Parliament and Council adopted a new regulation setting reduction targets of -15% and -37.5% for the tailpipe CO2 emissions of new cars for the years 2025 and 2030 respectively. These are extremely stringent targets. And as media have been reporting widely for the past few months, many car manufacturers are already struggling to meet the target of 95g CO2/km for the year 2021.

“Clearly, if the current and future CO2 targets are to be achieved, sales of alternatively-powered passenger cars – including electrically-chargeable, hybrid, fuel-cell and natural gas-powered vehicles – will have to pick up massively.

“However, market demand for these vehicles, although growing, remains low in Europe, as consumers are still not fully convinced that they are the best choice for their mobility needs.

“In 2023, the Commission will review the 2025 and 2030 CO2 targets, reporting back to MEPs and the Council on the progress made. Amongst other things, this ‘mid-term review’ will take stock of the roll-out of charging and refuelling infrastructure for alternatively-powered vehicles, their market uptake, as well as CO2 reductions from the car fleet.

“In the run-up to the mid-term review, we will be publishing the ‘Making the Transition to Zero-Emission Mobility’ report on an annual basis. Our aim is to monitor the availability of infrastructure and purchase incentives for consumers in the years to come, tracking progress on two key ‘enabling factors’ for the transition to zero-emission mobility: convenience and affordability.

“Because if they are to be widely adopted by customers, alternatively-powered vehicles have to become a more convenient and stress-free option for Europeans. This means that everyone must have the possibility to refuel or recharge their car easily, no matter where they live or where they want to travel to,“ he said.

Huitema said that, while progress had been made in terms of the number of charge points that now existed across the EU, it did not go far enough.

“The good news is that Europe’s charging infrastructure has gone up by over 300% since 2014, but of course we were starting from an extremely low base a few years ago.

“The reality here is that in total there are less than 144,000 charging points available in Europe today, a figure which still falls far short of what is required. Indeed, according to conservative estimates by the European Commission, at least 2.8 million charging points will be needed by 2030. That means there should be roughly a 20-fold increase within the next decade. So, there is much work to be done in the coming years!”

Huitema said that this was not the only problem facing the EU in achieving its goal of zero-emission mobility.

“It is not only the overall lack of infrastructure that poses a problem. It is also the huge imbalance in the geographical distribution of these charging points across the European Union. Four countries covering slightly more than one quarter of the EU’s total surface area – the Netherlands, Germany, France and the UK – account for more than three-quarters of all ECV charging points!

“In addition, we can see a clear correlation between the market uptake of electrically-chargeable cars and the number of charging points per 100 kilometre of road. Almost all EU member states with less than 1 charging point per 100 km of road consequently have an ECV market share of under 1%.

“But we are not only talking about electric cars, there are similar issues facing possible future owners of fuel-cell and natural gas vehicles. Last year, there were just 47 hydrogen filling stations available across 11 EU countries, over 25% of which were located in Germany. And while there were some 3,400 natural gas filling points at the end of 2018, almost two-thirds of those were concentrated in two countries alone: Italy and Germany, he said.

Huitema concluded: “I think my message is very clear. All 28 member states must urgently step up their efforts to ensure an EU-wide network of charging and refuelling infrastructure. Without this, consumers and transport operators will never be convinced to make the switch to alternatively-powered vehicles on a large scale.”