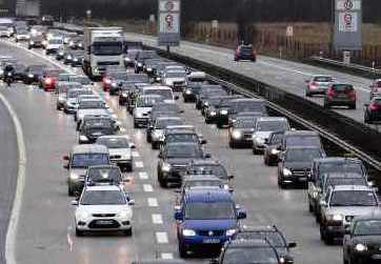 Tests carried out by analysts at Emissions Analytics have found that the latest generation of diesels can take in polluted air in urban areas and make it cleaner than before by running it through their diesel particulate filters.

All modern diesels are fitted with diesel particulate filters (DPFs), and there has been an urban myth for some time that they are capable of cleaning up the air around them, especially in already polluted city centres.

Researchers at independent global testing and data specialist, Emissions Analytics, decided to put this to the test in the centre of Stuttgart, home to German manufacturers Mercedes-Benz and Porsche, and one of the most highly regulated cities in Germany.

They then employed a cross-section of different vehicles to carry out the tests - a BMW 740d, a Citroën C5 Aircross BlueHDi, a Kia Optima Sportswagon CRDi and a VW Tiguan TDI.

The cars were initially tested with their engines at idle and with high grade particle counters positioned in two places: directly in front of the air intake and again directly behind the tailpipe. The counters measured the number including ultra-fines down to 15 nanometers – extremely small, invisible particles generated from combustion.

The tests quickly showed that the air coming out of the exhaust was significantly cleaner than the air going in, and that the longer the vehicles were left to run at idle, the cleaner the emissions, in terms of particulate matter, became.

To ascertain whether this only applied when the engines were idling, the EA researchers also carried out tests when the vehicles were travelling on a normal driving cycle with normal acceleration – with similar results.  Only under higher acceleration did the particle number rise.

The only notable time when particles were significantly elevated was when the DPF was in regeneration mode; when the filter is full and needs to clean itself by increasing the exhaust temperature and burning the accumulated particulate matter, which typically happens for 10-15 minutes every 100-200 miles, depending on driving conditions.

In regeneration mode, researchers found that emissions increased to 200,000 particles per cm³, while during normal engine operation, that number dropped to less than 10,000 per cm³.

The latest diesel engines ensure - even if higher regeneration emissions are taken into account - that the air that passes through the engine and the exhaust line contains less particles than the ambient air.

Nick Molden, founder and CEO of Emissions Analytics, said that the tests strongly suggested that RDE1 compliant diesels had the ability to remove particulate matter from urban air so that their emissions were cleaner than the surrounding air.

“The latest diesels have a net zero effect on urban air in cities like London or Berlin and in this regard are actually as clean as electric vehicles. In fact, we expect to see very little difference between RDE1 and RDE2 vehicles, which don’t become mandatory until January 2021, in terms of their ability to clean up particles.

“And we have also found that many RDE1 diesels are already at three quarters of the Euro 6 limit for NOx of 80mg/km so, from that regard, the latest diesels could be argued to be cleaner overall than petrol models, which typically produce more CO2 and carbon monoxide.”

Molden said the real issue was not with the new generation of diesels coming onto the market but with the existing vehicle parc.

“You have 40m high-polluting diesels across Europe and 8m in the UK, many registered in 2017 or even later under Euro 6, which are highly polluting, some with as much as 20 times the NOx limit, and which are going to be around for a very long time. They are the real problem, not the latest diesels. But there are no real plans for their removal,” he said.