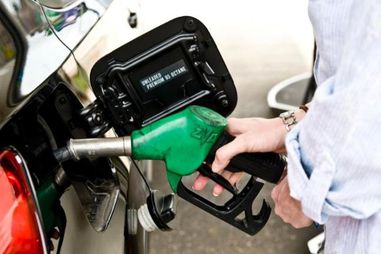 New figures for the second quarter show that the EU new car market has shifted further towards petrol vehicles. Petrol now represents nearly 60% of all new passenger car registrations across Europe, while demand for diesel has continued to fall.

Electrically-chargeable vehicles (ECV) accounted for 2.4% of total new car sales across the region, while all alternatively-powered vehicles (APV) combined made up 9.2% of the EU market in the second quarter of the year.

The figures released by the European Automobile Manufacturers Association, ACEA, revealed that demand for new petrol cars continued to increase in the five major EU markets, except for Germany. The highest percentage gain of 27.4% was posted by Italy.

The Central European countries also saw a surge in demand for petrol vehicles, with registrations increasing by 7.2%. Petrol expanded its market share from 56.7% to 59.5% in the second quarter of 2019 across Europe.

By contrast, the number of diesel cars registered across the EU decreased by 16.4% to 1.3 million units, with diesel’s market share falling from 36.3% in the second quarter of 2018 to 31.3% this year. In Germany, however, demand for diesel recovered slightly and was up 3.5% in the second quarter.

During the second quarter, registrations of alternatively-powered cars in the European Union showed strong growth and were up by 28.5%. Some 98,553 electrically-chargeable vehicles (ECV) were registered, up 35.6% compared to last year. Sales of battery electric vehicles (BEV) almost doubled and rose by 97.7%, while demand for plug-in hybrids declined in the second quarter of 2019 by 13.6%.

Hybrid electric vehicles (HEV) posted strong results (+38.2%), with 210,348 units sold from April to June this year. However, registrations of LPG and natural gas cars remained flat in the second quarter, mainly due to a sharp drop in demand for natural gas vehicles (NGV).

Each of the five largest EU car markets saw registrations of alternatively-powered vehicles increase significantly. Germany, up 60.7%, recorded the highest percentage gains, boosted by strong demand for hybrid electric vehicles, followed by Spain, up 35.8%, and France up 20.0%.

When it came to petrol sales, the largest market was Germany where some 576,437 petrol cars were registered in Q2 of 2019, although this represented a year-on-year fall of 5%. Year to date, some 1,098,029 petrol cars have been sold in Germany, a fall of 5.4% over the same period last year.

The UK was the second largest market for petrol cars with 373,250 registrations in the second quarter of the year, up 0.6% on the same period last year. In the first six months of 2019, some 840,436 petrol cars have been registered in the UK, a 3.5% increase on the previous year.

By comparison, diesel sales have continued to slide on the back of adverse publicity about noxious emissions and city centre bans.

However, every other major European new car market saw a continued decline in diesel sales, with France, the second largest European diesel market, falling by 16.6% in the first half of the year, from 479,202 last year to 399,642 for the same period this year.