Ways to smarter charging for EVs 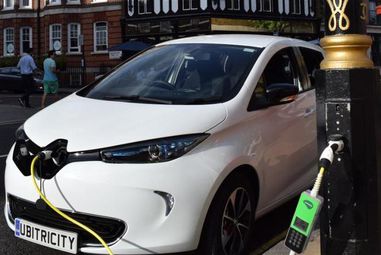 With increasing numbers of electric vehicles, many cities are looking for innovative ways to increase the amount of EV charging points. Here is an overview of some of the practices used worldwide (and highlighted by Global Fleet) which may also have implications at the company level as well.

In London, Ubitricity is turning lighting into EV charging points with portable charging sockets that create docking stations to the grid, while the connected smart cable functions as a digital fuel card.

Ebee Smart Technologies in Lancaster, California, meanwhile, turns street lights into EV charging points by attaching an actual charging station, rather than a portable one.

Street lighting as charging points is also being utilised in Los Angeles as well, where street lights are also equipped with other smart technology, creating a cost-effective way to go smart.

In Amsterdam, EVBOX is installing pop-up EV charging points in front of houses but on public domains. This is perfect to provide EV charging on street parking places.

More invasive is the use of smart roads. Near Stockholm, Sweden, two tracks of rail in the road recharge the EV when driving over them via a movable arm attached to the bottom of a the EV.

China has created intelligent roads in the eastern city of Jinan, by paving the road with solar panels, mapping sensors and electric-battery rechargers.

After its pilot project in its headquarters in Caesarea, Electroad is going to install a public bus route in Tel Aviv, using induction to charge the vehicles driving along it.

In Europe, Renault and Qualcomm Halo are testing induction charging on a test track near Paris. The aim: using the road without using the electricity of the EV’s battery.

In the Netherlands, Belgium and Germany, Allego, a private company, has partnered with municipalities to facilitate the installation of chargers in front of people’s homes.

At the end of the day, 80% of all charging transactions take place at home or at work, where companies such as GASAG and Ubitricity install charging spots as well, and provide billing via an app.

In the UK, ultra-fast chargers are to go live within months, capable of adding 100 miles of range per ten minutes plugged in and joining what will be a pan-European network.

The new initiative marks the first steps in establishing the Ionity network, an infrastructure project backed by leading motor manufacturers which will put 400 ultra-fast charging stations along Europe’s major routes. Ionity is backed by BMW Group, Daimler, Ford Motor Company and the Volkswagen Group, who all have plans in place that will ensure the scheme is completed by 2020.

Also in the UK, oil giant BP has acquired Luton-based Chargemaster as the fuel company looks to roll out a network of ultra-fast electric vehicle charging points at its forecourts across the UK. The acquisition will see the creation of BP Chargemaster as a wholly-owned subsidiary of BP.