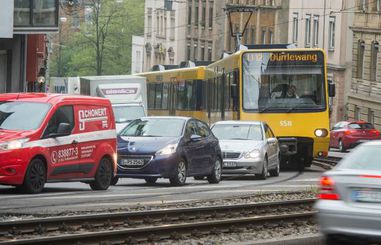 Stuttgart, the home of Mercedes and Porsche, is to become the latest city in Germany to introduce a ban on some diesel vehicles. The ban, which follows legal action by environmental groups, will come into effect from next January and will apply to the city centre.

Earlier this year, a landmark court ruling in Leipzig said that German cities would be allowed to ban older diesel vehicles from zones worst affected by pollution, and has since led to the announcement of a diesel ban on two streets in Hamburg.

The state government of Baden-Württemberg has said the ban in Stuttgart would initially apply to Euro 4 diesels and could be expanded to cover Euro 5 diesels if NOx levels did not fall to legal limits.

Environmental groups which brought the original legal action said the plan is a step forward, but said they believe delaying restrictions on Euro 5 diesel vehicles fails to go far enough..

ClientEarth lawyer Ugo Taddei said: “A citywide ban on diesel cars up to Euro 5 in the home of German diesel sends a strong message – both in Germany and across Europe. But the vague plan to ‘see how it goes’ before banning Euro 5 vehicles is sloppy.

“The court made it plain and simple – Stuttgart’s authorities cannot duck their legal duty to bring air pollution down to legal levels. This proposal still does not look like it will meet the court’s standards and we expect to see a fine imposed. The fight for clean air stops only when we have decent, ambitious pledges to bring pollution down.”

Other cities across Europe, including London and Paris, are also struggling to meet EU air quality standards, and the German ruling may well be seen as setting a precedent.

The latest diesel cars will be unaffected by the ban as the latest technology means they meet emissions standards. Many new car buyers however are already moving away from the technology in favour of hybrids and EVs.

However, while diesels produce high levels of nitrogen oxide, they emit relatively low levels of carbon dioxide, a greenhouse gas. So moves to control one environmental problem may end up undermining efforts to combat another.

Because diesel cars typically consume less fuel than petrol equivalents they emit, on average, 15-20% less CO2, and an increase in CO2 emission in the UK has been attributed to a decline in diesel demand.

The impact on German drivers could be marked, with millions being forced to leave their cars at home on days when harmful emissions are particularly high. And it could also depress the value of diesel cars affected by the ban.

Of the 15 million diesel cars currently on Germany's roads, less than three million meet the latest Euro-6 standards, according to data from Germany's automotive authorities.

Car companies could also incur huge costs to refit vehicles at a time when consumer interest in diesel is falling. The market share for diesel vehicles in Germany fell from 48% in 2015 to around 39% last year.

At the same time, German car makers have pledged software improvements for millions of diesel cars and offered trade-in incentives for older models.

Paris, Madrid, Mexico City and Athens have all pledged to ban diesel vehicles from city centres by 2025, while Copenhagen is considering banning new diesel cars from entering the city as soon as next year.

Many carmakers have already signalled they will move away from diesel technology with most now offering alternative power trains, such as hybrid or battery electric vehicles, in their model line-ups.