New car sales benefit from a WLTP blip in August 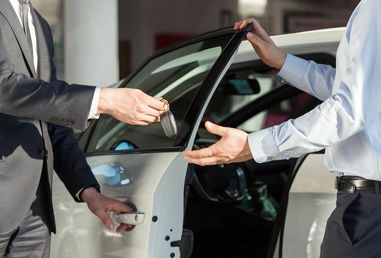 This year saw the best August monthly performance in the European new car market in the last twenty years, largely due to vehicle manufacturers rushing to register new cars ahead of the September 1 deadline for the introduction of the new Worldwide harmonized Light Vehicles Test Procedure (WLTP).

New car registrations amounted to 1.1million in August, up 31% year-on-year. Before this year, the market had not seen more than 1 million units registered in August since 1998 as it is typically a low-selling month on account of holidays in Southern Europe.

Figures released by researcher Jato Dynamics show that the volume of registrations was 30% higher in August this year than in August 2017, meaning Europe saw the highest monthly growth in nearly ten years. This broke the previous record of a 25% increase in November 2009.

Many makers decided to register their cars ahead of the WLTP deadline in order to clear their stocks of the units that they would not be allowed to sell after August 31, using self-registrations, demo-sales or rentals which are a part of the business/fleet registrations, or through better retail-deals which make up part of the private registrations.

In Germany, business/fleet registrations increased 37%, totalling 213,100 units, and representing two in three of the cars registered in August. Private registrations grew by only 4%.

The increase was even more noticeable in France, where business/fleet registrations jumped by 54%, becoming 52% of the total market. This was double the growth of the private registrations of 27%.

In the UK, new car registrations surged 23.1% in August due to the WLTP effect. The used car market was also impacted with used car pricing guide Glass’s reporting sales volumes up because of WLTP.

“As we anticipated last month, it’s clear that new car registrations were boosted in August by car makers rushing to register their vehicles before the introduction of WLTP,” said Jato global analyst Felipe Munoz.

“The evidence of the WLTP effect shows how ill prepared car makers were, and it will be interesting to see how car makers continue to respond to WLTP in the coming months,” he added.

The new WLTP regulations relate to all new cars registered from September 1 and from that date, only WLTP-type approved cars can be sold in the European Union, including the UK.

The new regulations are intended to give a real-world account of the car’s exhaust emissions in realistic conditions – compared to the figures produced under the previous NEDC (New European Driving Cycle) regime which were originated in the laboratory.

However, the transition from old to new has not been without problems. Manufacturers are currently able to quote WLTP emissions values correlated to the previous NEDC testing system, before they must switch solely to WLTP values from April 2020.  And they must start showing WLTP figures on all promotional material for their model ranges from this coming January.

As so many European countries now use emissions-based tax systems, the European Union has introduced a formula known as CO2MPAS to convert the new WLTP measurements back into something closer to the previous NEDC rating.

However, this formula still delivers CO2 emission figures that are generally accepted to be higher than those published under the old emissions testing system. Many experts have identified at least a 10% increase in the CO2 emissions’ values under the NEDC-correlated WLTP values when comparing the old regime to the new, which looks set to widely increase drivers’ tax bills, which are, of course, emissions related.