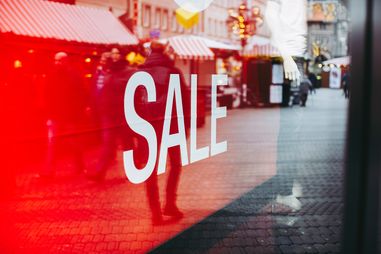 European car registrations fell in February to their lowest levels for seven years of the back on the continued Coronavirus pandemic and accompanying uncertainty across Europe.

New car registrations dropped by 19.3% year-on-year to 771,486 units registered across the EU region, their lowest levels since 2013, according to the latest figures from the European Automobile Manufacturers’ Association (ACEA).

Most European markets posted declines. Registrations in Spain registered a drop of 38%. Sales in France and Germany, fell by 21% and 19% respectively, while Italy reported a smaller drop of 12% in the month.

For the first two months of 2021, total registrations of new cars across the EU were 21.7% lower than during the same period in 2020.

So far this year, demand has fallen in each of the major markets. Spain was the hardest hit, with sales almost halved and down 44.6% compared to last year, followed by Germany, which was down 25.1%, France down 14.2% and Italy down 3.1%.

Sales at the two largest vehicle manufacturers, Volkswagen and Stellantis, dropped by 19% and 22% respectively, while Renault reported a fall of 29%.

Europe’s carmakers are hoping for growing sales in China to boost 2021 results, after a rebound in the world’s largest market helped the industry recovered faster last year.

ACEA also released figures for the European light commercial vehicle (lcvs) for the whole of last year which showed that diesel remained the most popular fuel for new lcvs, accounting for 92.4% of the van market.

Although the coronavirus pandemic dragged down the overall performance of the EU van market, sales of electrically-chargeable and hybrid electric vans increased last year.

Electrically-chargeable vehicles (ECV) made up 2.0% of total van sales across the region, up from 1.3% in 2019, while hybrid vans accounted for 0.9% of the EU market compared to 0.3% the year before.

The overall decline in van registrations hit petrol-powered vehicles the hardest, as only 49,056 petrol vans were registered across the EU last year, half the number sold in 2019.

Except for Latvia, all EU markets posted declines in registrations of petrol vans throughout 2020. As a result, petrol’s share of the EU van market shrank from 5.1% in 2019 to 3.4% last year.

Demand for new electrically-chargeable vans grew by 26.2% last year to reach 28,597 units sold, or 2.0% of total lcv registrations in the EU.

France (9,209 units) and Germany (8,830 units) were the leading markets by volume, together accounting for more than 60% of all electric vans sold across the EU last year.